Project Models and Approaches to Healthcare

OUTCOME: Women play a critical role in family and community life in societies all around the area , especially in caring for young children and advising and educating younger women on all aspects of family well-being. Empowering women; enhancing communication between younger women and men; and strengthening the role of groups can also contribute to increased understanding and social cohesion within families and communities, as well as improved family and community health and well-being.

Between  April and  May 2012, the Slovenian medical team, which consisted of Maria Hari Novinšek( dentist), Tom Mlinar (pediatrician), Lidia Kšivanek (gynecologist), Olga Popov (registered nurse), Jovica Popov (Engineering Laboratory Medicine) and Ludvik Hari (dental assistant), carried out educational and preventative health checks and numerous treatments of poor people in mountain villages near Tirana. Many people live there with only 20 euros per month and have no money to pay for health services and medicines. Medical care is “undernourished.” But people need it. In fact, most women have never been to a gynecologist, fevers in children in this area is still treated by the mother jumping over her kids. Drugs are payable, doctors do not have the necessary medical equipment. Slovenian team (Adra Slovenia) has done health cheks and treatments for 317 people, including many children.

Within the dental examination, each patient received a toothbrush and toothpaste, and detailed instructions on proper dental hygiene, and further treatment. Dental team was encouraging patients to continue regular inspection by the dentist, because the health status of teeth in all evaluated patients was extremely worrying – almost all of them had extensive caries on many teeth.

Lidija Kšivanek Goršič gynecologist examined 125 women and did 113 PAP smears tests. These tests will be examined in the cytology laboratory of Izola hospital. Results of the analysis will Lidija Kšivanek review and write detailed instructions for each patient. For further treatment of women with pozitive tests will be in charge  ADRA Albania in cooperation with local hospitals.

In addition to examining the medical team also carried out various consultations and advices to patients, and conducted medical lectures at the University Vitrina, where studies more than 5,000 students. Dentist Marjanca Hari Novinšek has lectured to future dentists on the importance of a healthy diet and health, Lydia Kšivanek gynecologist has presented Slovenian national project ZORA – early detection of cervical cancer to medical students. The lectures were well attended; the leadership of the University wants cooperation in the future.

Interest in the project of Adra Slovenia was big. Among interested were media and senior political officials. Pediatrician Tom Mlinar was a guest in the morning television program at, the Albanian national television, part of the volunteers was also invited to visit the Slovenian Ambassador to Albania, his Excellency Bojan Bertoncelj. ADRA Slovenia’s project was also supported by some Slovenian companies (who do business in Slovenia and Albania) and they have contributed medical supplies and other medical devices. Slovenian companies, hospitals and individuals, like  Krka, d. d., Tahoe Center, General Hospital Izola, Prodent International Ltd., Adria Airways, Medip d.d. and member of European parliament Lojze Peterle, have supported project with donations. 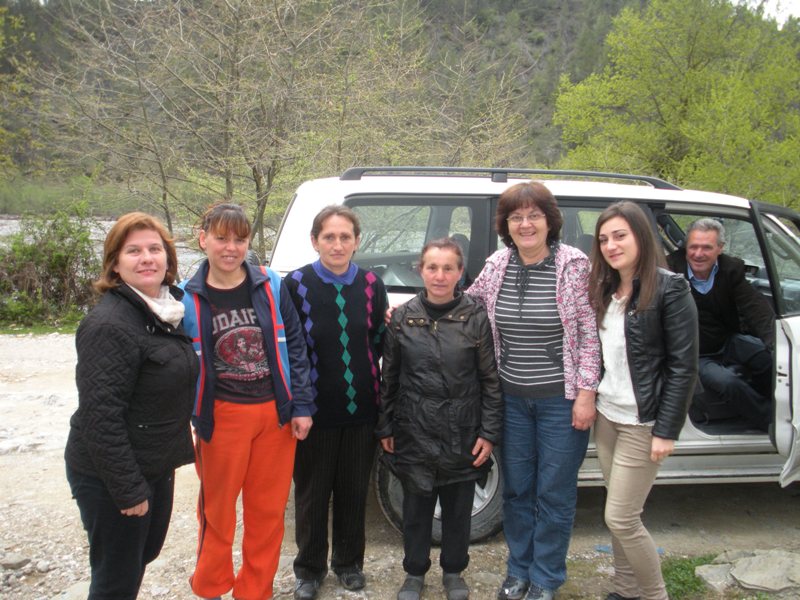 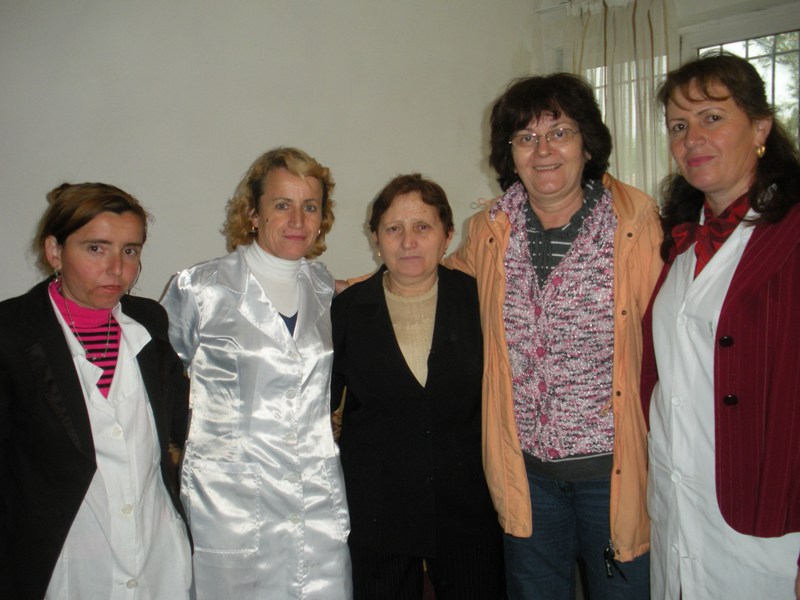 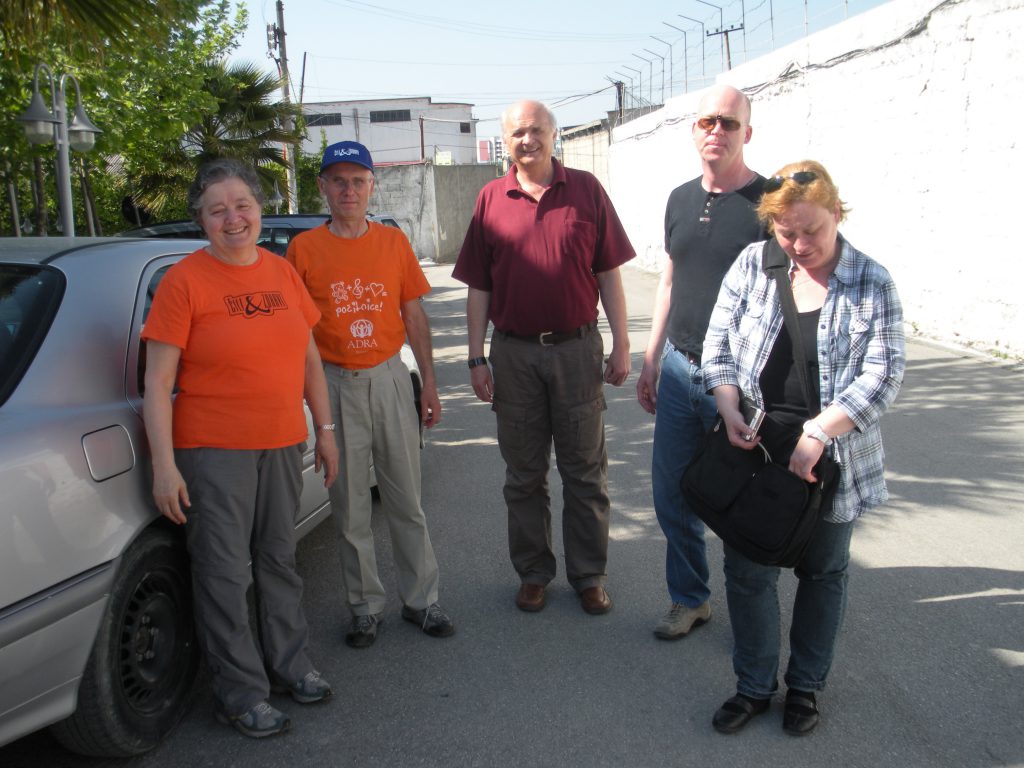 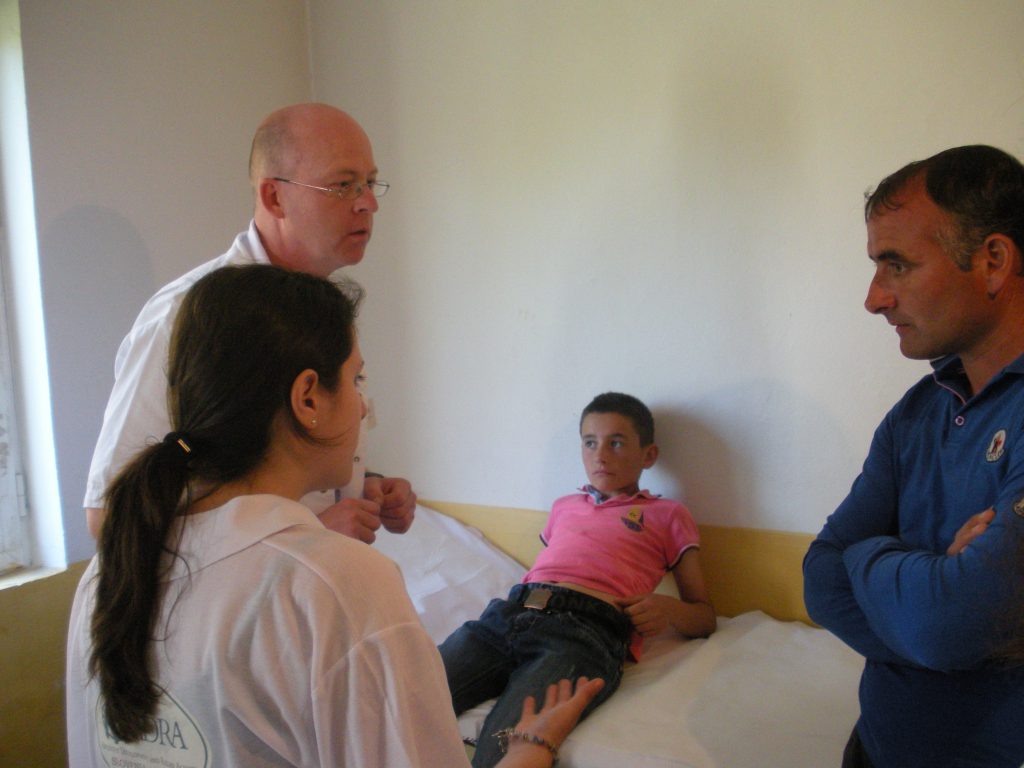 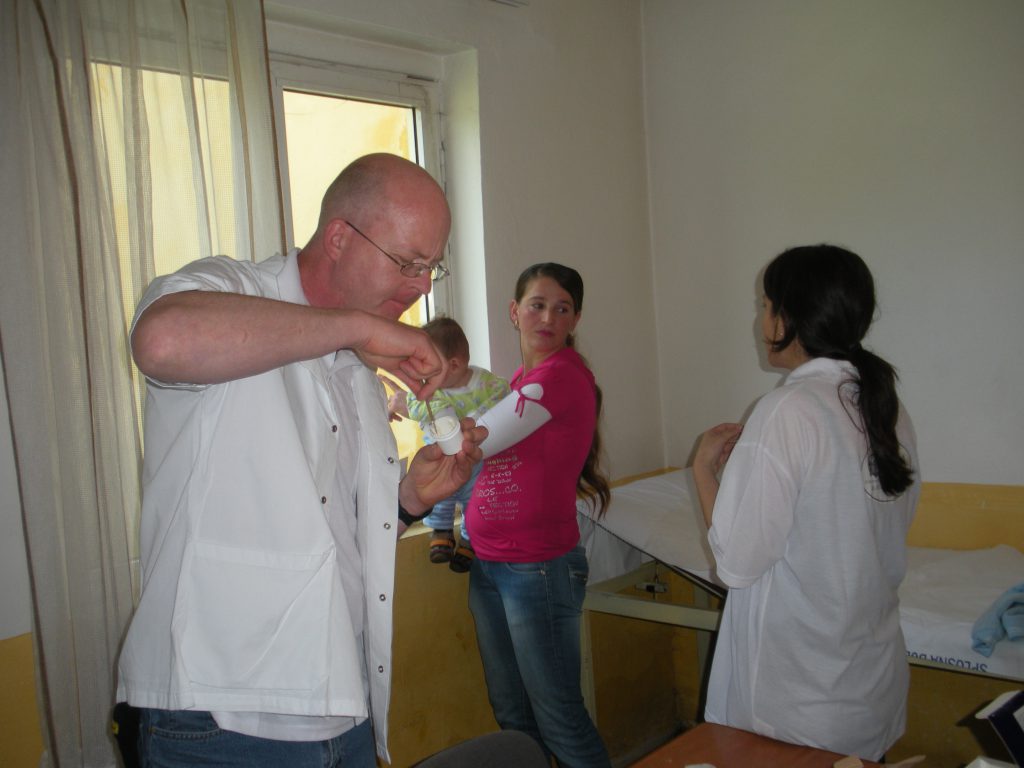 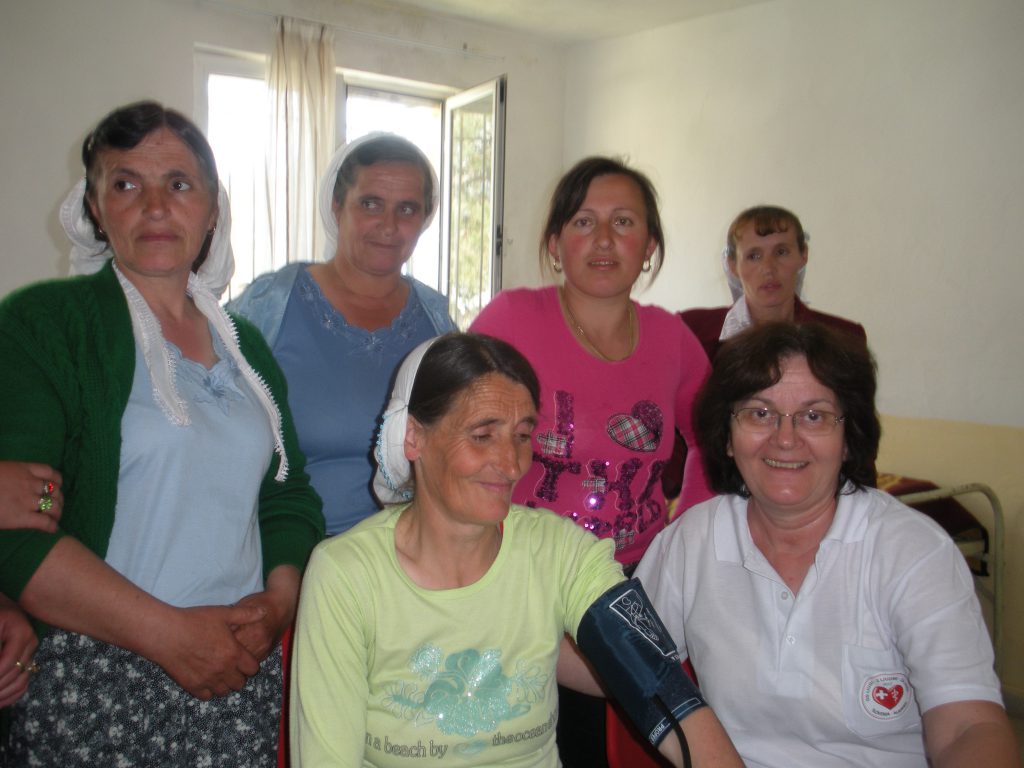 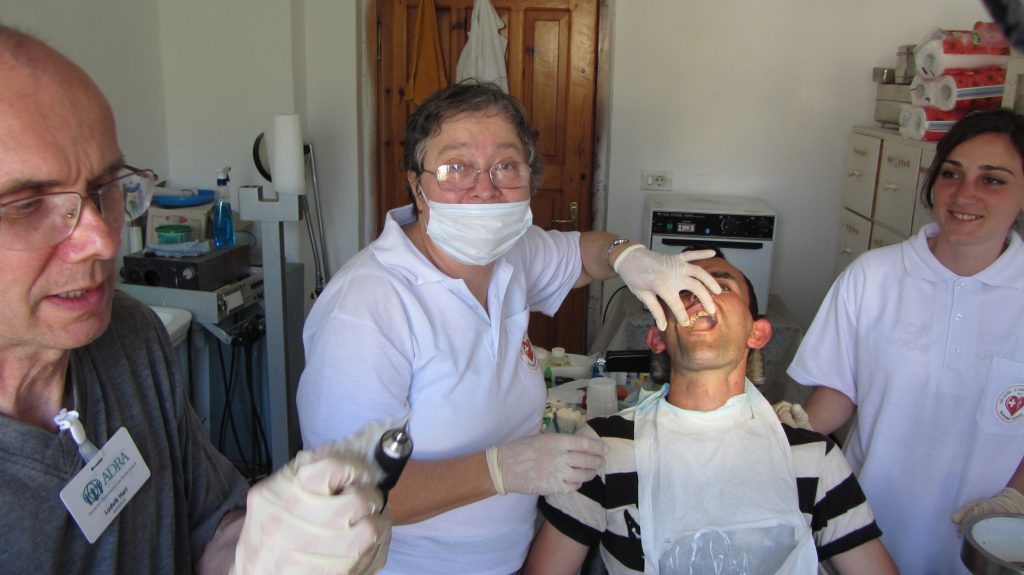 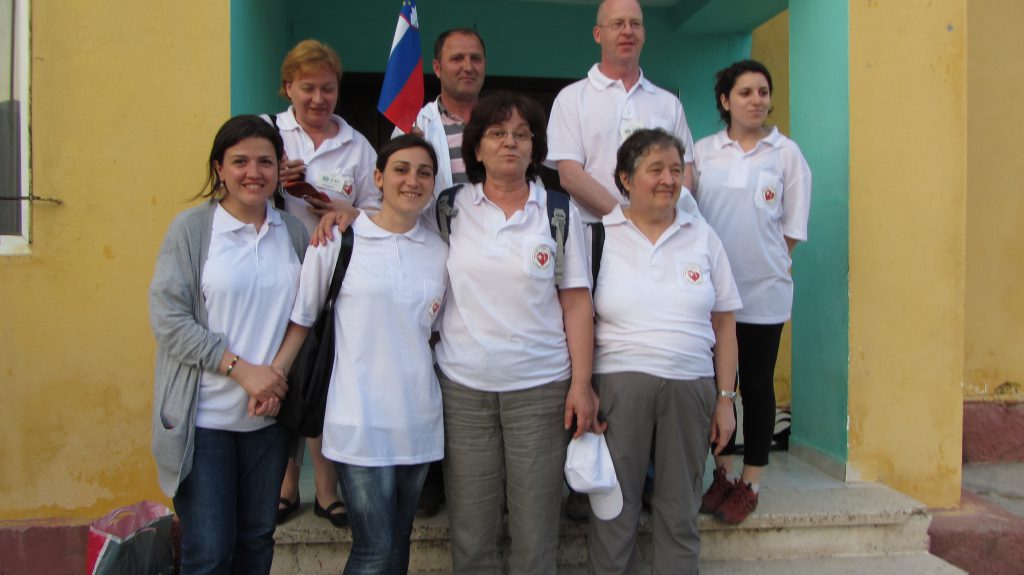 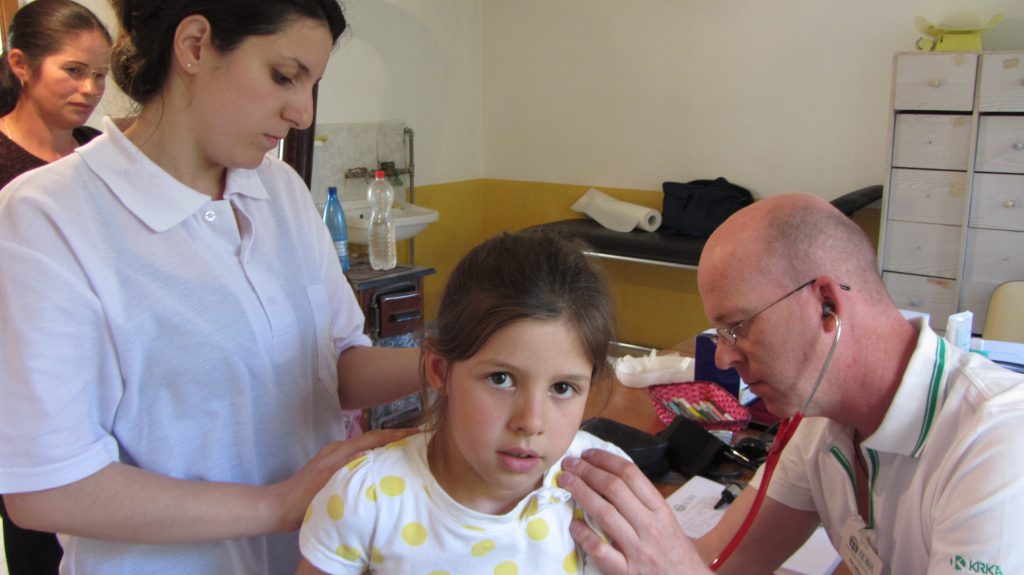